On the banks of the river Pampa 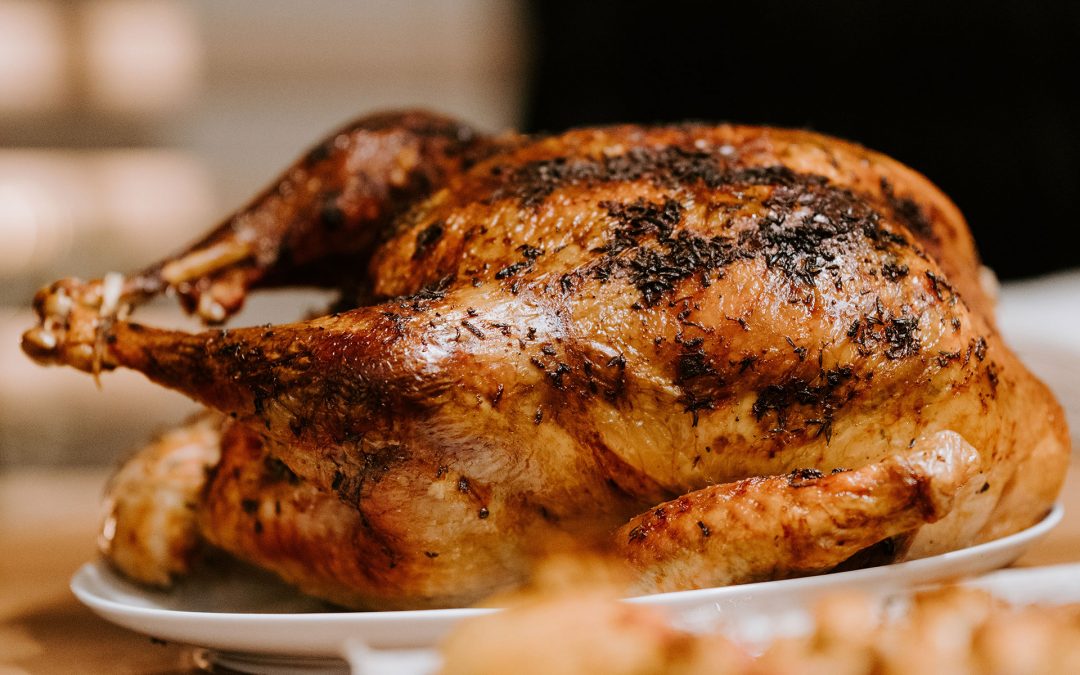 The stuffed roast chicken looked browned and luscious, smothered in a rich golden gravy, undoubtedly the piece de resistance of the table. My mouth was watering freely. I was about to approach my gastronomic summit for the year, and I had prepared well by skipping breakfast. Pretty soon, but never too soon, I had a massive strip of chicken breast on my plate, along with a sizeable portion of roasted potatoes and onions, but my focus was on that unutterably delicious gravy made of the milk of two enormous coconuts blending and merging with the chicken masala until it had finally thickened to a semi-dry consistency from which the coconut oil from the milk now flowed freely. It was accompanied quite rightly by a simple peas pulao, because that was the perfect foil for the chicken. Yes, there were a few more accompaniments like papad, cutlets, and Russian salad, for this was our Christmas repast, after all, but they all had the discretion to step back modestly and allow the roast chicken its annual moment of glory.

We are four sisters living in Mumbai (I have a couple more in Kerala) and all of us get together every Christmas. There is never any doubt as to the menu. Stuffed roast chicken cooked in coconut milk it is – year after year.

We take care to never cook it at any other time of the year. For one thing it is too complicated, but the far more important reason is that we do not want to cheapen its status. It is reserved exclusively for the Christmas table. Apart from its delectability, there is one more reason why the roast chicken makes the Christmas cut. It is a part of the legacy passed on by my maternal grandmother, a legendary cook. I didn’t know my grandmother very well because we seldom went to Kerala (with six daughters to bring up and educate, my parents had little money left over for holidays), but my mother used to regale me with stories of her mother, and through that I got to know her pretty well. Her name was Aleyamma (which is a Malayali adaptation of Elizabeth) and her husband, my grandfather, was a prosperous farmer. Apart from her culinary prowess, my grandmother, or Velliammachi as we called her, had several other admirable qualities. She was a wonderful human being, very good looking, a formidable administrator, and had admirable business acumen. Despite his affluence, my grandfather was a Scrooge who would seldom give money for household items and kitchenware, like plates, spoons or dishes. Nothing daunted, my grandmother would run the house by selling all sorts of produce from their large compound. This included eggs from the hens running around in the compound, coconut leaves, cowdung, even ash from the woodfire on which food was cooked. Living as they did by the river, the only transportation was by water. Boats selling goods would come around every day and Velliamachy or Ammachy for short, would exchange her produce for these necessities.

In those days, it was mandatory to feed the agricultural help. Every morning Ammachy, a helper called Maria chedithi and my mother (from the age of 8!) would cook kanji (rice served along with the water it is cooked in), a veggie (usually from the garden, such as raw banana cooked with pulses and ground coconut, or papaya cooked with grated coconut) and some butter milk for over 30 hungry workers.

My grandmother looked after my grandfather devotedly, and served him simply outstanding food. His breakfast everyday would consist of half a funnel of putta (moistened rice powder steamed in a bamboo stick) along with a large ball of white butter, papad and sugar, followed by two eggs, and a tall glass of milky coffee .

At precisely 12.30 my grandfather (Velliapachan) would return from the fields. After washing his hands and feet from a brass kindi (a water container with a spout), he would sit down on the dining table for his lunch, and imperiously clear his throat to indicate he was ready. Along would come a steaming hot soup plate of rice (it was always a soup plate) and a big bowl of either chicken or duck curry. There would also be some curries made with produce from the garden such as colocasia cooked in ground coconut, or jackfruit mash during summer. Sweet sucking mangoes were also plentifully available in summer, and pickles, chutneys and, best of all, sweet mango curries, would grace the table. My grandfather had an aversion for fish ever since the time when there was a great flood which drowned hundreds of people, and he suspected the fish of having nibbled at some of the corpses. So the choicest chicken/duck pieces would be reserved for him. As for my mother, her siblings and Velliammachy, they had to be content with the bones, gravy and plenty of slivers of fried coconut pieces added to the gravy (totally delicious). Once in frustration at the amount of coconut slivers, my oldest uncle was rumoured to have asked his mother irascibly if the chicken had climbed a coconut tree!

Velliapachan’s dinner was more or less the same as lunch, but in smaller quantities. Because he had rejected fish, and the family lived on the banks of the river Pampa in the rice bowl of Kerala called Kuttanad, the rest of them feasted on it. The river threw up a plenitude of fish ranging from karimeen ( pearlspot fish, a great delicacy) to large river prawns. My sister Molly, who lived with them for three years as a chlld, recalls my granny’s fried prawns as being simply outstanding. Before my grandfather forswore fish, there would be days when he would come home, ask what was for dinner, and if fish was absent, off he would go with a fishing net down to the river and get himself a batch of fresh karimeen. Then after applying oil all over himself liberally, he would return to the river for his bath. By the time he was back and ready to eat, Ammachy would have cleaned a couple of karimeen, and coated it with red masala, before cooking it in a mud pot with some coconut milk. Slowly, the coconut milk would convert to oil and the fish would sizzle and fry in it!

In their organic lifestyle, there was never any stale food. Everything was eaten, or fed to the cattle, hens, ducks, cats and dogs the night before. However, there was one exception, which was rice. Left over rice would be soaked in water overnight. Called pazhakanji (literally old rice) often it would be breakfast for everyone save Velliappachan. It was a delectable dish when consumed with kadhi or curds, and leavened with lemon or mango pickle. Sometimes it would be had with upp maanga (salted mangoes). This refers to a whole ripe mango pickle preserved in brine and chilli flakes. The juice of this mango would be squeezed over the pazhakanji. Till the end of her days, this was my mother’s favourite summer treat.

Today, the pazhakanji is being treated with great respect, because it has been discovered that the mild fermentation caused to the rice by being left overnight in water created all the hard to get Vitamin Bs, like B 12. It is also a coolant and rich in micro nutrients. A variation of this dish is available in all rice eating cultures. So our ancestors knew what they were about in creating this dish.

Thanks to Velliamachi’s virtuosity, all four of her daughters, including my mother, became outstanding cooks. The next generation consisting of my sisters and I, as well as our cousins, are pretty good cooks, though according to my sister Sheela (herself an excellent cook) only my cousin Jiju who lives in Canada, has fully inherited our grandmother’s talent. Be that as it may be, food is high in our family’s list of material pleasures, and we take joy not only in eating it, but in cooking it, and above all, serving it to our loved ones. How else can we carry forward Ammachy’s legacy?

Grind all the above (except for the chicken) into a paste. Saute in 2 tsps of oil for 5 to 10 mins. Cool and apply half the paste inside and outside the chicken and marinate. Keep aside the remaining paste.

Take the fresh milk of two coconuts(both first and second press). In a thick bottomed wide wok pour three tbsps of oil. Brown the whole chicken in it on high flame turning it after every 5 minutes or so until the skin is nicely browned to seal the juices (about 10 mins on the whole). Mix the remaining paste with the coconut milk and add to the wok. Boil on high flame for 5 mins. Turn flame to medium and cover and cook. Keep turning the chicken over every 5 mins. After the coconut milk evaporates the coconut oil will begin to surface. Cook without the lid and roast the chicken in this oil till nicely browned on all sides. Serve garnished with boiled, sliced eggs.

We use cookies on our website to give you the most relevant experience by remembering your preferences and repeat visits. By clicking “Accept”, you consent to the use of ALL the cookies.
Cookie settingsACCEPT
Manage consent